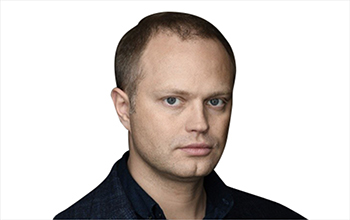 VIMANA, a growing global aerospace conglomerate, is launching its Autonomous Dynamic Airspace System in remote regions of Far East Russia. A pilot phase of the Autonomous Dynamic Airspace System project is being launched as a technology consortium collaboration with infrastructure and service partners. Technology deployment is being supported by the Federal Far East Investment and Export Agency. Parties have signed a Memorandum of Understanding.

«Our Agency will provide full support to VIMANA and its Autonomous Dynamic Airspace System technology deployment in Far East Russia. One of our collaboration value propositions is to identify partners and co-investors to successfully launch a project. We are currently discussing the Sakhalin region as the first pilot phase territory. Once the project successfully launches in this region, it will be scaled to other territories», stated Leonid Petukhov, CEO of The Federal Far East Investment and Export Agency.

During the first stage of the pilot phase, VIMANA Autonomous Dynamic Airspace is expected to cover up to 400 square kilometer territory with its decentralized infrastructure. Inside of this experimental aero navigation infrastructure, the technological consortium will have an opportunity to provide autonomous logistical services across low airspace to federal post
services and e-commerce companies, as well as industrial players. Commercial services will be relying on six or more heavy-duty VTOL AALs with a 150-500 kg payload. Furthermore, future scaling is expected both in terms of the coverage area, and related infrastructure as well as an increase in the VTOL AAV fleet with advanced operating specifications. The pilot phase of this launch is estimated at 700 million rubles (~$10M USD) and is financed by a syndicate of CEE and international investors. The project is expected to launch in Q4 2020 and to be completed by the end of 2022.

«Our efforts are focused on deploying the best technology practices from around the globe to solve next-generation infrastructure development challenges in the Far East Region. We strive to transform Smart Regions into pilot launchpads for advanced technology deployment. In parallel with VIMANA’s deployment in Far East Russia, we are actively negotiating the global deployment of this project. Currently, we are working to sign MOUs with Smart Regions in Germany, Sweden, Saudi Arabia, UAE, and other countries”, said Evgeni Borisov, CEO of VIMANA Global.

«Pilot deployment of VIMANA’s full-stack hardware-software solution creates a highly innovative infrastructure that expands novel economic opportunities for Pervasive Digital Technology deployment. Deployment of such infrastructure can potentially have a positive impact on autonomous aerial transport and its integration with the Digital Economy. An industry can offer autonomous supply chain in lower airspace to Federal Postal Services,
eCommerce companies with distributed hub networks, prospecting and exploration service companies, and access to hard-to-reach remote locations. As such, deployment of VIMANA’s Autonomous Dynamic Airspace System is synergistic to our strategy and goals”, commented Pavel Christenko, Head of Independent Nonprofit Organization «Digital Economy».

“There is a use case – an autonomous aerial transport for cargo delivery. For the Government, it's highly important. We have remote territories that are unreachable for a number of reasons, including climatic, making it extremely difficult to deliver essential goods, tools, and food supplies. To carry out such an experiment, as we see it, is highly important and is well needed, - announced Vladislav Fedulov - Deputy of Head of Ministry of Economic Development on 11th of August while on-line conference related to Experimental Legal Frameworks (Source:https://economy.gov.ru/material/news/fedulov_v_tomskoy_oblasti_planiruetsya_eksperiment_po_dostavke_gruzov_bespilotnikami.html)

According to Vasiliy Potemkin, Investment Director at The Federal Far East Investment and Export Agency, deployment of VIMANA Autonomous Dynamic Airspace System allows to integrate Smart Region’s economy into the national digital economy as well as to imbed global deep tech into the Far East region, which will create new highly qualified jobs and significantly
increase region’s investment attractiveness. This novel technology deployment also allows us to interconnect with hard-to-reach remote industrial facilities. In addition, VIMANA ADAS will be used to roll-out an autonomous agricultural platform. «There will be a unified aerial agricultural
infrastructure created. Once it is up and running – it will reduce CapEx and OpEx for consortium participants, therefore increasing an ROI of investment projects,” he noted.

In agriculture pollination and irrigation systems can use the digital aerial infrastructure and can significantly increase the self-sufficiency of smart regions with local food supply.

“As it develops, the VIMANA Autonomous Digital Air Service Infrastructure in the Far Eastern Federal District will also be able to use the scientific potential, which is currently actively developing, of the Far Eastern Federal University. A wide range of science-intensive technologies, represented by our university, will increase the pace of development of a new generation of unmanned autonomous logistics system, implemented by VIMANA, ”said Elena Kharisova, Vice-Rector for Prospective Projects and New Infrastructure of FEFU.

For 5 years VIMANA Global has been developing a unique concept for the URBAN AIR MOBILITY market, has a number of its own patented software and hardware solutions and technology demonstrations of various degrees. The first round of investments came from a group of international investors.

As Vasily Potemkin, Investment Director of ANO API explained, during the implementation of the VIMANA pilot project, in line with the Digital Economy Development Program Initiative in the Far East, Smart Regions receive their own digital infrastructure to implement critical technology of autonomous unmanned vehicles, in accordance with the law, developed by the Ministry of Economic Development of Russia and approved in at the end of July this year by the President of the Russian Federation, " On Experimental Legal Regimes in the Field of Digital Innovation in the Russian Federation "

As a reminder, the Ministry of Economic Development also prepared two satellite bills, which provide the opportunity to launch the first 8 legal experiments to test digital innovations. These are projects in the field of medical activities, telecommunications, unmanned vehicles, artificial intelligence in the service sector, and big data analysis. At present, both satellite bills are undergoing interdepartmental coordination. Another 4 regions where VIMANA will start its intervention and have signed appropriate MOUs are Saudi Arabia, UAE, Germany, and Sweden.

Transformation in Education During COVID-19