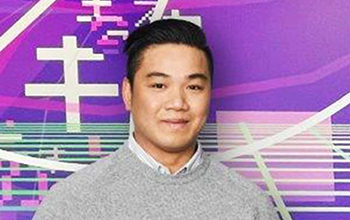 Quantum computing holds tremendous promise for humanity. It could help eradicate diseases, predict climate change, and identify new molecules, among others. The global quantum computing market is estimated to grow at a CAGR of 33% from less than $90 million in 2019 to nearly $2 billion by 2030.

But advances in quantum computing pose an equally daunting threat to the security of data and communications – including the data contained in classical computers and existing technologies.

There may be a few years to go before quantum computing capacity becomes sufficiently commercially available to put modern cryptographic Internet standards in immediate peril. But make no mistake: the threat to our privacy and security is very real. As a matter of fact, our entire digital society – from government and health to business and finance – everything we count on is at risk.

Although post-quantum cryptography standards are still being evaluated, businesses and other organizations must start preparing for a threat that is almost certainly underway.

Cybercrime is the new normal. Breaches and shutdowns have become more commonplace since the beginning of the Covid-19 pandemic.

Many employers have gone remote, and many more are adopting a hybrid work culture as the world continues gradually returning to work post-pandemic. And yet, these new work arrangements are exposing companies to cyber threats like never before.

"Hybrid work environments significantly increase the proverbial “attack surface” of an organization because you no longer have a simple firewall or ‘digital moat’, or even physical building security surrounding the enterprise and those inside it. And remote work means many more “unmanaged” network environments and devices, more ‘uncontrolled environments’, a myriad of connectivity tools, more opportunities for data in motion and more places for data to rest. Complexity has gone through the roof, which means the cyber risk is compounded dramatically,” added James Nguyen.

Quantropi’s QiSpace™ platform provides organizations with the quantum-secure cryptographic tools they need to build applications, as well as network sessions and data transfer/storage solutions that are protected from compromise. Even if a hacker gains access to the remote or hybrid network or systems, data encrypted by QiSpace™ remains secure.

Earlier this year, the world witnessed two major cybersecurity incidents – the SolarWinds and Supermicro ‘hacks’. Together, these affected hundreds, if not thousands, of private enterprises and government agencies, including the Pentagon, nuclear labs, and Fortune 500 companies.

Incidents such as these only go to show that, even before the coming quantum challenge to information security, there is already no shortage of reasons to be aware, if not afraid – and to take immediate action, with confidence and determination. As Quantropi puts it in the company’s tagline: Bring it on.

“The quantum threat is as good as here, with inevitable consequences: no secret can ever be safe again. We started Quantropi to deliver novel, quantum-secure crypto solutions that preserve Truth and Trust in and beyond the information age,” noted James Nguyen.

Quantropi’s QiSpace™ platform generates strong random numbers for enterprise customers in the form of SEQUR™ Quantum Entropy as a Service. Quantum Entropy is used to privately create strong, trusted keys, which are then quantum-securely encrypted and distributed anywhere in the world (or space) via the existing wireline or wireless Internet.

Currently, adding quantum security upgrades to systems and communications essentially means turning to Quantum Key Distribution (QKD) or Post-Quantum Cryptography (PQC). While the former is unquestionably secure, it can barely survive outside the lab; QKD requires new dark fiber infrastructure, it’s expensive, unscalable, and underperforming. As for PQC, it relies on computational difficulty (math puzzles) to protect data, which raises numerous questions and doubts with respect to its long-term quantum resilience.

"The challenge here is there may be new quantum algorithms or methods that will break the PQC math puzzles – but you can’t design PQC based on classical approaches to resist yet-to-be-discovered algorithms. It then becomes a game of cat and mouse that requires increased computational and power capacity,” said Dr. Randy Kuang, Co-Founder & Chief Science Officer.

Quantropi's cryptographic solutions are founded in quantum mechanics, expressed as linear algebra — established math that is universally accepted and understood.

"We take quantum physics and express it in the language of physics, which is mathematics (specifically, linear algebra). It can be understood by students. However, that doesn’t mean they can emulate it or break it. Although we use a simple language (fundamental maths) that has been proven for hundreds of years, no one's been able to break it yet,” added Dr. Randy Kuang.

Quantropi's patented technologies are readily deployed on ANY existing network, over unlimited distances, and at full network speeds. This makes it the only company in the world capable of quantum-secure key generation and distribution over TODAY's Internet. Moreover, its QiSpace™ software platform requires minimal investment in new technology infrastructure. Customers can immediately harden their applications and processes to ensure quantum RESILIENCE, before seamlessly transitioning to 100% permanent quantum security.

A History-Making Performance Demonstration of the QiSpace™ Platform

Quantropi recently provided a high-profile demonstration of its patented SEQUR™ Quantum Entropy as a Service technology, wherein strong random keys were created, then quantum-securely encrypted and distributed around the world – via today’s Internet. The demonstration was enabled by CANARIE, the federal partner in Canada’s National Research and Education Network (NREN), and its Alberta partner Cybera.

The deployed configuration originated with the QiSpace™ Cloud server in Ottawa, Canada, and involved transmitting quantum entropy to Edmonton, AB, and then over the public Internet to San Francisco and New York in the USA, London and Frankfurt in Europe, and finally ended almost 15,000 kilometers away in Singapore.

The demonstration achieved speeds in the megabits per second – as high as 100 Mbps to Edmonton, as low as 14 Mbps to Singapore.

“Let’s translate these results to the business world,” said Michael Redding, CTO of Quantropi. “If a 32-byte AES key is the standard, we’re transmitting anywhere from just under 400,000 (Edmonton) down to 55,000 keys per second (Singapore). To get your head around this, Google – representing ten times the traffic of any other site on the planet – requires an estimated 64,000 32-byte keys per second. So just from our small beta server in Ottawa – pre-optimization – we can support anywhere in the neighborhood of one to six Googles per second. With every single key delivered as secure from any attack – classical or quantum.”

Results like these signal a radical shift in capability as compared to prevailing Quantum Key Distribution (QKD) methods.

Prior to leading Quantropi, James was Chief Investment Officer & VP Asia Operations for a group of private and public real estate, mining, energy storage, graphene technologies, and manufacturing interests, where, in his responsibilities for strategy, banking, and global expansions, he secured large-scale investments and partnerships for commercializing graphene applications across multiple industries.

Randy holds a doctorate in quantum physics. His research findings have been published in top international journals and named “Kuang’s semi-classical formalism” by NASA in 2012. With a career spanning IT, including with Nortel as senior network researcher & developer, he co-founded inlay Technologies in 2009, serving as CTO of the cybersecurity platform. As the first recipient of a patent for two-level authentication (2011), Randy is a prolific inventor, with 30+ U.S. patents in broad technology fields, such as WiMAX, optical networks, multi-factor identity authentication, transaction authorization, as well as concepts, technologies, and industrial applications for quantum key distribution.

Before joining Quantropi, Mike was Managing Director and co-founder of Accenture Ventures. During his nearly 30 years with Accenture, he incubated and launched technology innovations for enterprises across multiple geographies and industries. Ever-passionate about bold ideas with game-changing results, he speaks frequently on the impact of emerging technology on large organizations.

Quantropi’s flagship QiSpace™ Platform, as well as its licensable SEQUR™ and QEEP™ cryptographic products, already in Beta, are officially launching this fall. Its MASQ™ asymmetric encryption product, a novel Post-Quantum Cryptographic algorithm in its own right, is slated to follow in early 2022.

“QiSpace™ is a game-changer – one we’re confident will become the new standard for quantum-secure data and communications, replacing both of today’s imperfect solutions – namely, QKD and PQC,” added Redding.

Quantropi expects to raise Series A financing by the end of this year or early next year. The company also plans to expand its team, enhance its capabilities and further advance its quantum cybersecurity solutions.

Whether it happens in the next three to five years, or only in ten or twelve, the quantum threat is coming. No matter what, it’s a looming crisis akin to Y2K, cautions Dr. Randy Kuang, co-founder and chief scientist of Quantropi. “Organizations can and must take actions today that will stand the test of time.”