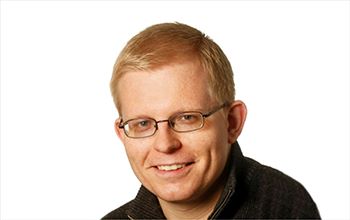 A recently completed project in Denmark within telemedicine has shown that remote monitoring of pregnant women with complicated pregnancies makes a big difference. The number of hospital admissions is reduced, the women feel more secure and often they do not have to attend follow-up appointments at the hospital.

A regional pilot project under Central Denmark Region was launched, and the solution was remote home monitoring, where the women were equipped with a tablet, a sphygmomanometer as well as equipment for measuring contractions and fetal heart beats. The results of the measurements were subsequently sent to relevant staff at Aarhus University Hospital, the new name for Skejby Hospital after a merger with Aarhus Hospital in 2011.

- Owing to the resources and finances of the pilot project there was a need for the basic software to be simple, flexible, adjustable and possible to subsequently roll out on a larger scale. Such software did not exist, and they therefore decided to develop new software, says Jacob Andersen, Senior Software/ICT Engineer at the Alexandra Institute and member of the HL7 Denmark affiliate.

Telemedicine based on open-source modules

Together with the Alexandra Institute, which helps to develop the software, Central Denmark Region decided - as part of the research in telemedicine - to explore the possibility of building the IT system of modules, each module being easily replaceable and transferable to other applications. The idea was also to develop the system via open source, thereby enabling several parties, including other municipalities, to help develop and finance the software.

- The fundamental concept of a “module” in this architecture is a unit of software which has a single, isolated purpose, also known as a “single responsibility”. This approach offers a fine-grained reuse of modules, which can be compared to building creations out of LEGOs. On a concrete system running on a server, each module will be a micro-service - a small service executing in an independent Docker container, communicating with other modules on an asynchronous bus. For apps on the users’ own devices, such as smartphones and tablets, we have developed a similar run-time environment that will accept and orchestrate an assembly of independent modules – much like a “light” version of a micro-services architecture for tablets and smartphones, Jacob Andersen explains.

When software is developed in many different places, control and quality assurance presents a special challenge. Therefore, it is absolutely necessary that the responsibility for ensuring uniform interpretation, correct data exchange, and integration of software should lie with one company only.

Today, the Alexandra Institute has governance and responsibility for quality assurance and process documentation. But data interchange between the systems (personal health device, smartphone, server etc.) was already settled in 2013 when Danish regions and municipalities agreed on the national “Reference Architecture for Collecting Health Data from Citizens”, which in essence refers to the Continua Design Guidelines (published by the Personal Connected Health Alliance [PCHA]). Following this decision, national profiles were developed for the three central CDA document types: PHMR (measurements), QFDD/SFDD (questionnaires), and QRD (questionnaire responses). Furthermore, a national XDS-based infrastructure was established to collect, store, and exchange these CDA documents.

- Data interchange between individual modules on the same system requires the same level of attention; and for this purpose, HL7 FHIR was chosen as the appropriate foundation. Currently, a profile of all the main resources needed for this application is in place, based on FHIR R4. Observations and devices are modelled according to the recently developed implementation guide for FHIR R4 based communication of Personal Health Device [PHD] observations, which was on the Jan 2019 HL7 ballot, says Jacob Andersen.

Generic modules of great value to the business model

The open-source business model is not very well defined, and therefore it has been one of the objectives to find a feasible business model, and an outline of the model is now in place. In turn the business case of offering telemedicine treatment to pregnant women has proven to be working, and with fantastic results as a fact. So now Central Denmark Region is putting the system into operation, and it will be offered to the entire country in the coming years.

The thesis is that more regions will use this IT system, also for other telemedicine solutions, because of its flexibility and facility to design the modules as needed.

- The point is that the modules will be used for all sorts of things. Many of the components are completely generic and can also be used in e.g. Australia or China. Although the modules have been developed for this project, the components can be used for other projects as well. Some of the modules manage e.g. questionnaires or gather measurements from smart home monitoring systems, which can be used in other systems, e.g. for COPD patients. Other modules could show data on the indoor climate. The modules should be seen as building blocks to be selected and combined depending on what you would like to build, Jacob Andersen concludes.

The Impact of a Well-Defined Business Goal on Chur...

Neustar Helps State of Alaska Save Millions of Dol...

Use of simulations for clinical training during th...