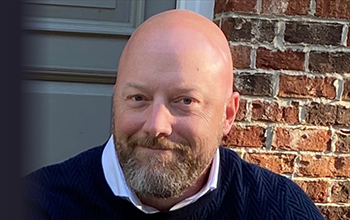 In Greeley, Colorado, JBS USA's slaughterhouse was one of the most pre-eminent epicenters of the earliest and deadliest coronavirus outbreaks. As early as April, the contagion was so fatal that it claimed the lives of three workers. But JBS, the world's largest meatpacker, denied the claims for compensation of these bereaving families. This chronic unsettlement between employers and employees is nothing new. Often workers are deprived of their fundamental rights, leading to frustration and lack of control. For Jess A. Dantice, back in 2007, working as a retail agent, solving these shortcomings became his most primal goals. To actualize this, Jess started a retail agency called Southern Risk Insurance in 2007 and grew it to a respectable $30m commercial agency. In 2015, he and his development team invented a workers' compensation app that helped the policyholders lower and control every work comp claim using the fully automated software. As the results started speaking, he continued focusing on improving the software inside the InsurTech space. "Today, Zenjuries works directly in all 50 states with businesses, agencies, TPAs, SIGs, Carriers and MGAs. We help them achieve the best possible workers' comp user experiences and cost outcomes on every single claim that goes through the Zenjuries system," explains Jess, Founder, Zenjuries.

"Zenjuries was born in the trenches of necessity. Our existence wasn't just another brick in the wall, like most InsureTech products in the market today. We created remedies for real-life policyholders, agencies, carriers, and TPAs to offer new solutions to a long-standing problem." Jess accredits automation as the lifeblood of the entire real-time transformation, Zenjuries has been able to introduce to the InsurTech space. The three biggest pitfalls have had been Zenjuries' target areas.

b.            Automated Injury Wizard that reports claims in seconds

Zenjuries's real-time and palpable approach mirrors analogically with the introducing of "easy buttons" for better outcomes. The whole intent was to challenge the traditional workers' compensation systems. A quick comparison of efficiency would bring more light into the picture. In conventional systems, one adjuster works on hundreds of claims often becoming prone to manual errors. Whereas Zenjuries promises of high performance by deploying several adjusters to work on one claim. Next, reporting claims itself is much complicated and time-consuming. But with Zenjuries, policyholders can report in just four clicks while eliminating the over-inflated costs from lag-time reporting.

Furthermore, today's popular apps are mainly instant gratification apps that allow engagement of policyholders in real-time. On the contrary, the Zenjuries' platform unifies all parties into one on-demand platform creating actionable, consumable data in the palm of your hand. This is to make the policyholders always aware.

The customer stories of Zenjuries encompassing all these features are a saga of trailblazing success. In 2016, AF created a Group Dividend Program for their policyholders known as "Zenjuries". In this group, policyholders from all over the nation subscribe to the services.

This program has doubled in size and scope every year for four years in a row. As a result, this past year the group received over $174,000 back in dividends to the policyholders in Zenjuries.

Looking ahead, Jess wants to evangelize the power of digital technology so that users and companies can thrive in the new digital reality. "As we grow, we are constantly licensing and white-labeling our software for users all over the US. We will look to continue that as much as possible as people continue to awaken in this age of InsurTech partnering with carriers," ends Jess.

We created remedies for real-life policyholders, agencies, carriers, and TPAs to offer new solutions to a long-standing problem.

The Impact of COVID on the Cybersecurity Landscape...

How your organization is going to attract the best...

Logistics technology trends that will shape 2018