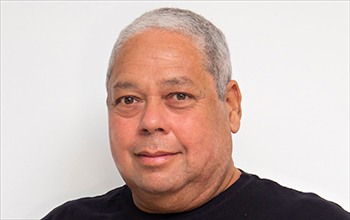 Brazil's health insurance sector started enjoying steady growth in the wake of the 1950s when public companies started using their resources to finance health care. After 38 years, in 1988, the National Supplementary Health Agency was formed to regulate this sector. Stabilized and orchestrated, the then health insurance sector matured itself to experience remarkable economic growth in the 2000s. It was largely financed by employers and gained almost 5 million new clients and majorly contributed to boosting job creation. However, in 2015 the sector was numbed by a series of crises which put an incredible number of key players out of the game. Interestingly, a few disruptive and foresighted MSME companies emerged and evolved to replace the large employers and became the biggest sources of health insurance payments.

This is when Planium surfaced into the arena and implemented the first platform to sell health insurance for MSMEs in partnership with GNDI (Grupo NotreDame Intermedica). Simply put, Planium enabled a digital process of mass selling for companies with a limited number of employees, replacing the early norm – only companies with over 100 employees were making business. "The revolutionary platform proved instrumental in the massification of health plans sales to MSMEs," reminisces Danilo Meth, CEO, Planium. "Today, more than 70 insurers and a customer base of nearly 50,       000 active brokers is the key differentiator for our platform. We fused our visionary approach and deep business knowledge together to translate our efforts into a world-class output with 95% NPS and less than 1% churn rate."

Planium provides insurers with a cloud-native platform for multiple sales channels management. Through the platform, insurers can configure tailor-made customer journeys for brokers, clients, and any insurer’s back office team. All this, while integrating with core administration systems and third-party data service providers, which are accessible through Planium’s public APIs. The platform also applies artificial intelligence to understand a customer's health behavior. "Furthermore, the Planium platform can be deployed in just 30 days and supports all health plans, health insurance, and TPA benefits," adds Meth.

The benefits of Planium’s platform has enabled companies of different sizes to tide over the hardest times and each is a remarkable success story. Recently during the COVID-19 hit times, Planium enabled LEVE SAÚDE – a health operator – to deliver specialized plans for 45-years old people. “The platform also seamlessly integrates with cutting-edge solutions such as telemedicine and personalizes the relationship between the broker and the end customer,” furthers Meth. In another instance, “our partnership with CNU (Central Nacional Unimed)–one of the largest health insurers in Brazil–again gave us a chance to showcase our platform’s real potential to the world. In less than a year, their SMB customer base grew 10 times.”

“Planium is a platform business, and positive network effects are our main source of value creation and competitive advantage. Network effects depend on the size of the network.” Planium’s roadmap looks bright as they set their sight on expanding their network quickly and easily, thereby scaling the value that derives from the network effect. They plan on facilitating new insurers, brokers to join their platform and benefit from the value creation capabilities. Recently, Planium is investing heavily to level up the platform with face recognition guided onboarding abilities. With a consistent track record of success, they are determined to liberate the health insurance area from any friction in the buying process.

We fused our visionary approach and deep business knowledge together to translate our efforts into a world-class output with 95% NPS and less than 1% churn rate.

The Growing Challenge of Data Democratization

Defining IoT, its Challenges and Future