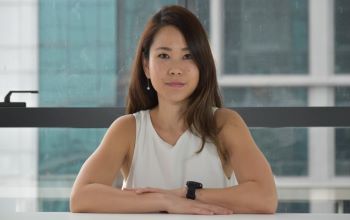 As technology becomes more widespread, more and more tech companies are beginning to recognize the importance of diversity within their organizations. Although women are still largely the minority when it comes to science, tech, engineering, and math (STEM) fields, the situation isn’t as dire as it used to be.

This indicates that the lack of gender diversity is not just an issue in the tech industry. The good news is that people are now more aware of it, leading to them taking action to improve the situation.

Over the years, tech companies like Facebook have seen a growing percentage of women in their workforce, with significant increases in technical and leadership roles. In 2018, 36% of Facebook employees were women.

With the way work is changing, there are more opportunities for women to work the way they want to.

The rise of the gig economy has given stay-at-home moms and other women who can’t commit to the nine-to-five an opportunity to join the workforce on their own terms. This new culture is slowly but surely evening out the scales that is gender diversity.

At the same time, there is a growing number of prominent women in tech who are paving the way for other women and adding their voice to the calls for diversity. They’ve taken it upon themselves to show the world that diversity is not just necessary; it’s critical to success.

As critical as diversity is in any industry, it is even more so in artificial intelligence and machine learning. Many AI companies are beginning to realize that it’s necessary to have a diverse workforce, especially since case studies have shown that AI systems have fallen short with female users or even shown discrimination based on culture.

Inherent bias while developing AI/ML models and algorithms can result in machines that exclude certain portions of the population. Considering how diverse the world really is, this bias results in machines that do not perform as well and could even be considered “faulty”.

In order to produce machines that are truly effective and can function at higher levels of accuracy, it’s crucial to increase diversity in the AI development phase. If removing gender bias is the goal, women have to be included in the process.

Hidden figures in the machine

In the AI/ML industry, there’s already a portion where women are making up a significant percentage of the labor pool — data labeling.

Although the work is labor-intensive, it’s also something that can be done remotely, without fixed working hours. This is an arrangement that makes it the perfect fit for a lot of women, especially stay-at-home moms.

Data labeling used to be seen as “low-level work”, akin to rote labor on factory floors. This part of the AI/ML process was usually outsourced to lower-income countries, where workers were overworked and underpaid.

However, companies are beginning to see the need for a specialized workforce. Data labelers today have to be skilled enough to provide the “human touch”, imbuing the algorithm with enough nuance and ability to make accurate judgments. The data labeling

the process also requires a high level of attention to detail, which many women excel at.

The high percentage of women in the AI/ML industry has shown that it’s possible for women to take on more prominent roles in tech. Creating the right environment for work goes a long way towards the advancement of the tech industry; we’d lose out on a whole population of skilled workers if we didn’t.

When it comes to diversity in the workplace, we still have a long way to go. It’s a topic that needs its proponents. We must continue to keep discussing it and create an awareness of its importance.

And as more women rise up the ranks in tech, they will hopefully, inspire the next generation of data scientists, engineers, and CTOs.

Gender equality is not something that happens overnight and although we may not be there yet, we’re making progress.

The Path Forward for ERP WMS

Biometric Security in your very hand.

Articulate University IT Spend by Portfolio to Add...