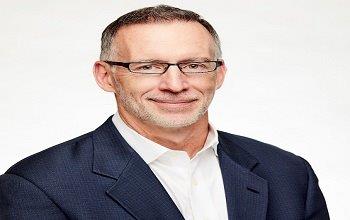 The Relationship between Cloud Services and IoT

In 2014, cloud service providers were not on the radar of many enterprises pursuing Internet of Things (IoT) projects. In the last five years, however, there has been a complete change in awareness of the cloud and IoT, to the point that cloud service providers have become the starting point for many firms IoT solution journeys. There are four reasons for this:

Which Vendors Cloud Services Will Find the Most Success in IoT and Why?

AWSs success is very much reliant on the success of public cloud for gaining share of IoT workloads because it does not offer any private and hybrid cloud services like its competitors.  AWS is trying to offer products that serve enterprises seeking private and hybrid cloud services, but not to the same level as other cloud suppliers. For instance, AWS launched AWS Storage Gateway for enterprises that are not ready to release certain workloads to the cloud.

Microsoft will continue to enjoy success in IoT workloads based on the industrial IoT hype that has taken over the market and is also strengthening its product offering and plugging holes to secure greater adoption of IoT services. It continues to invest in security and the edge, with its latest offerings including Azure Sphere and IoT Edge. Its Microsoft Central offering, which builds off its Solair acquisition, helps ease IoT application adoption by simplifying IoT solution creation and integration with other IoT services.

Of the three cloud suppliers featured in this ABI Insight, Microsoft is probably doing the best job of meeting the IoT solution needs of enterprises along all stages of the IoT maturity curve. IoT Central makes it easy for enterprise business units and smaller businesses to experiment and scale an IoT application. Pricing is graduated based on numbers of connected devices starting at less than five devices per month. As companies grow more comfortable with IoT, Azure has a number of services, some already in use by enterprise, to create more sophisticated and integrated applications and more advanced analytics outcomes. Microsofts completeness of IoT products and services, particularly for industrial markets, will drive the growth of core cloud services for IoT workloads.

IBM is the most interesting of the three cloud providers. Their success in IoT will not come as quickly, due in part to the momentum of AWS and Microsoft. In addition, IBMs strong position for serving businesses that are spreading themselves across multiple cloud vendors and types does not necessarily mean it will improve adoption of their cloud services for IoT applications. To date, suppliers across the IoT value chain have seen less interest in multi-cloud services for the rollout of IoT solutions. Indeed, most IoT deployments start small and therefore enterprises are trying to keep the solution simple, typically among only a few vendors.

However, the cloud market is set to become more complex with the growth of hybrid and multi-cloud markets, and IBMs orchestration services that span cloud boundaries, application development, and Watson analytics will find traction and support the growth of its IoT revenues. Other drivers moving IBM forward in IoT adoption will be IBMs Global Business Services (GBS) unit for helping customers optimize cloud services and its recent moves to make Watson Artificial Intelligence (AI) services available across other cloud environments. At IBMs Think Conference in May 2019, CEO Ginni Rometty announced Watson AI will become available to data stored in Google Cloud, AWS and Azure. IBMs ability to orchestrate data flows across multiple cloud platforms will enable the creation of supercharged analytics applications already built from its sophisticated AI and analytics services.

Dan Shey, Managing Director and Vice President at ABI Research, manages the M2M/IoT and digital security research services, which cover the telecom,  industrial, IT and OT ecosystems with a focus on devices, connectivity, platforms, applications, big data/analytics, convergence, and strategic analysis of the entire IoT value chain extending from devices through value-added services. He plays an essential role in helping clients decipher the complex relationships and opportunities across the digital first and physical first domains.

ABI Research provides strategic guidance to visionaries, delivering actionable intelligence on the transformative technologies that are dramatically reshaping industries, economies, and workforces across the world. ABI Researchs global team of analysts publish groundbreaking studies often years ahead of other technology advisory firms, empowering our clients to stay ahead of their markets and their competitors.

5 Reasons Why Cloud-Based Disaster Recovery is a S...