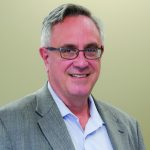 Manufacturing went into overdrive in August, a month when the sector normally eases off, the Institute for Supply Management (ISM;Tempe, AZ) said today.

The group’s manufacturing index, known as the PMI, was 61.3% last month, according to a monthly report. That was up from 58.1% in July. New orders, production and employment all posted strong gains. It was the highest PMI of the past 12 months.

The August was “very good. It says the economy is continuing to power forward,” Timothy R. Fiore, chair of ISM’s Manufacturing Business Survey Committee, said on a conference call.

“August tends to be a month where plants shut down,” he said. “Continental Europe shuts down.”

As a result, Fiore said economic growth is likely to continue in September, a month where manufacturing gears up as summer ends. “We can only expect September will be a strong month, too,” Fiore said.

The ISM report is based on a survey of 350 purchasing and supply executives. A reading above 50% indicates a growing manufacturing economy. Below 50% indicates economic contraction.

Despite the strong results, the survey indicated continuing concern about tariffs. The United States is in the middle of a trade war with China. There is also trade friction with Canada and the European Union. U.S. President Donald Trump said last week his administration reached a trade accord with Mexico. Negotiations are under way to see if that can be extended to Canada.

Because of tariffs and trade issues, “There’s big uncertainty over where people should be manufacturing next year,” Fiore said. “We are now entering the business planning season. We’ll see what happens.”

ISM’s New Orders Index surged to 61.3% in August, up from 58.1% the month before. Thirteen of 18 industries reported increases in orders, including transportation equipment, fabricated metal products, miscellaneous manufacturing and machinery. The only sector reporting a decline in orders was primary metals.

The group’s Production Index soared to 63.3%, up from an already strong 58.5% in July. Sixteen of 18 industries reported output gains, including miscellaneous manufacturing, transportation equipment, fabricated metal products and machinery. Only primary metals reported a decline in production.

Cyber Hygiene for The Inner You, nVIAsoft Corporat...

Gazing through the crystal ball - what might the f...

How your organization is going to attract the best...