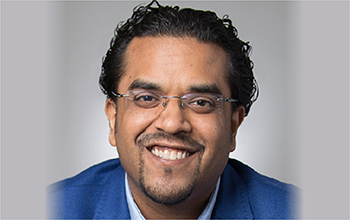 In many ways, life is a series of obstacles, and how we deal with those obstacles determines where we go, who we meet, and what we accomplish in the time that we have. Founder and CEO of Lurn Inc., Anik Singal, knows this to be true. From building a successful startup in his early 20’s to falling $1.7 million in debt to building Lurn back to a multi-million dollar education company, Anik has dealt with his share of obstacles.

He learned how to overcome these obstacles from a young age. Anik’s parents were raised in India, where a quality education and financially prosperous future isn’t written in the stars. Despite the challenges in front of them, they managed to immigrate to the United States with just $16 to their names. Here, his father went on to build a successful career as an engineer and a great life for his family.

Growing up, Singal realized how close his family had been to living a life completely different from the one that he had come to know as a child in Maryland. He understood that education is what allowed his parents to thrive in the United States, and as he grew up, he realized that technology if leveraged correctly, could provide a solid base for life-changing learning opportunities for people all around the world.

3.            To educate people to be the best entrepreneurs - no matter where they are in their journey

Although it was a bumpy ride to get to where he is today, he’s always kept his family’s story in mind whenever he encounters challenging situations.

An entrepreneur in heart, Anik zoomed in on a niche that he believes provides the most in the world: entrepreneurship. While entrepreneurship has always been full of dreamers, Singal realized that Thomas Edison’s quote, “Visions with execution is a hallucination,” was becoming uncomfortably common in the entrepreneurs he worked with.

Many of them were so-called “Excel entrepreneurs” who loved to build out businesses in spreadsheets but never took action - often because they didn’t have the knowledge, resources, or community to make their ideas happen.

“I wanted to create an army of entrepreneurs,” says Singal, “who could leverage technology to learn the content they need and to support each other to make their big dreams a reality, even when things get tough.”

As an entrepreneur, it’s often just the founder working to make their dreams a reality.

“When we ran focus groups with our users, they revealed that what they wanted most was to connect with other entrepreneurs in an education-focused community,” says Singal. “They were tired of tackling these huge problems by themselves.”

The events the world has experienced in 2020 has only proven what Anik has always known - self-reliance combined with an entrepreneurial spirit is the only way to survive in the modern economy.

"COVID has unraveled a philosophy which was already known but not firmly realized until now. The world is riddled with uncertainties, and only beforehand readiness can help businesses meet the moment," says Singal.

The good news is that anybody with a computer and an internet connection has the power to start a business and take control of their life.

"To build an online business, one doesn't need a university degree or hefty investments, says Singal. “There are some amazing automation tools and services which can help make dreams come true. What we teach is more service-based and relevant to the business world."

Despite challenges both in the past as well as in the current uncertain environment, Lurn remains on a tremendous growth track.

“We plan to keep doing what we're doing. We’ve had a tremendous year, and we already have half of next year planned out. We want to build out more features for our platform, along with supportive communities that get people more engaged with each other. This is the big push for Lurn in 2021.”

Every two minutes a bicycle is stolen in Germany

Redefining the CX in education sector

Changing Weaknesses to Strengths with the Arch Col...

How to develop & launch an Agri Commodity Markerpl...