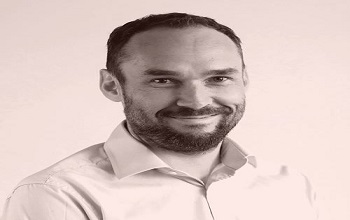 There has been a lot of debate around the changes we may see within the industry given the advent of InsurTech, and whether that process will be evolutionary or revolutionary. One thing is for certain, however. General insurance is in a state of flux and change is coming, in whatever form that may be.

So, what might the insurance landscape look like in 2, 3, 5 years’ time? No-one can know for certain, of course, but I’ve had a crack at a little crystal ball gazing. Ultimately I, as do many others, see the nature of insurance gradually changing from one focussed on indemnity to risk prevention and management. But what could that journey look like?

I know from my conversations with various InsurTech entrepreneurs that they often find it difficult to marry their own drive and ambitions with the more risk adverse nature of traditional insurers. Could the larger, more successful InsurTechs abandon the idea of partnering with the traditional market altogether, and go it alone?

We’ve already seen our first ‘InsurTech carrier’ in the US with Lemonade. Whilst many are sceptical of the company’s value proposition and longevity, they continue to post a quarter on quarter reduction in combined, expense and net loss ratios. The next 12 months will be particularly interesting, as we discover whether they can meet and maintain a sub-100% combined ratio for a sustained period.

Of course, the US is a different market, and the considerably larger numbers involved make it easier for an earlier stage business to raise the necessary funds to capitalise a new carrier operation. But that will not always be the case. I said in a LinkedIn post a few months back that I expected to see a UK InsurTech apply for a new carrier licence at some point in 2019, aided in part by the wider capital markets taking a greater interest in Insurance and the potential for disruption. I stand by that comment.

The mindets of VC funds is slowly changing. They are coming around to the idea that monies which ordinarily would have been earmarked for day to day operations could instead be used to meet solvency capital requirements and to provide ballast to balance sheets.

This has arguably been an issue of perception rather than substance. Investors ultimately like to see their money being used to help a business grow, and not just sitting on the shelf. But those investors are beginning to realise that InsurTechs becoming carriers themselves is potentially a game changer, and one which could reap substantial longer-term rewards. Particularly as the traditional market continues to struggle with the digital revolution.

Once the first such deal is done, I expect to see other sources of external capital (e.g. hedge and pension funds) exploring the possibility of following suit.

So how will the traditional market respond to these new challenges? In my opinion, we will see an acceleration of merger and acquisition activity within Insurance as existing carriers look to strengthen their balance sheets and reduce overheads in order to compete.

A sustained period of consolidation could ultimately culminate in only a handful of ‘supra-carriers’ maintaining a presence in the market. Couple this with an anticipated increase in outsourcing external functions which have historically been within the gift of insurers (such as underwriting, distribution and claims), and traditional carriers could end up becoming more akin to a corporate finance fund than an insurer.

As the traditional carriers take an increasingly backseat role, focussed primarily on capacity / capital provision, the ideation, design and distribution of digital insurance products becomes the sole province of InsurTechs. And those InsurTechs are playing to a millennial market, which is hugely commoditised, and experience driven. Meaning that products must be finely focussed and honed to be relevant and to find traction.

What we may eventually end up with, however, is a splintered market addressing myriad demands, some real but others only perceived. The difficulty becomes that by compartmentalising risks to such a nuanced degree, it creates the biggest problem for any insurance product – a contracted target market and consequential lack of volume.

And thus, we also start to see consolidation within this ‘new’ world of insurance. Products sharing synergies in terms of purpose and market fit begin to align under one roof, and we see the birth of ‘lifestyle management platforms’ with the key segments of an individual’s life managed from a single hub: Health, Banking, Entertainment, Shopping etc., and all underpinned by insurance. (Welcome to the world of insurance, Amazon…)

The circle closes, and insurance completes the transition from being primarily an indemnity product, to an ancillary offering which supports risk prevention and lifestyle management.

Some of what I say above may be more fanciful than foregone conclusion. But I do believe that the general insurance industry may well be unrecognisable in 10 years from how it operates today. And if entrepreneurs can pair their vision with pragmatism and patience, then the opportunities are boundless.

As Kipling says, if you can dream but not make dreams your master…

No Exit: When Augmented Reality Makes the World a ...