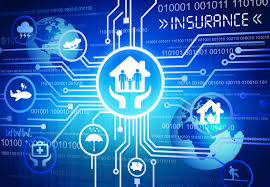 InforcePRO is celebrating the one year anniversary since launching its game-changing life insurance technology platform in the U.S. by announcing three major milestones that were accomplished over the last 12 months: adding A.M. Best Rating designations; dramatically increasing staff, BGA, IMO and carrier partnerships; and achieving 80 percent penetration in the term life insurance market.

A.M. Best is an acclaimed and respected global credit rating organization with an exclusive focus on the insurance industry. By integrating the coveted A.M. Best rating, InforcePRO's clients are further assured that the company is working with, quoting, and illustrating the most financially strong and stable carriers in the life insurance industry.

In terms of staff and partnership increases, InforcePRO has dramatically boosted its roster of Brokerage General Agencies (BGAs) by 5900 percent, Independent Marketing Organizations (IMOs) by 1000 percent, carriers by 867 percent, and team members by 650 percent – each of which represents a significant increase over the company's projected growth targets that were established at the beginning of the year.

And with respect to market penetration, InforcePRO noted that it is now serving 15 percent of the term and permanent market, and that its web-based platform is engaged by over 1,200 agencies in Canada and the United States to monitor over two million in-force life insurance policies.

“Our major growth across all KPIs over the last 12 months is a testament to the importance of the leadership that InforcePRO has provided on in-force data mining, policy review, and analytics to put Policyholders First™,” commented InforcePRO's Cameron Jacox.

“It has been an exciting first year for InforcePRO in the U.S. We are grateful for the support of the industry's trailblazers who share a common vision of 'Putting Policyholders First' and believe in our team's ability to propel this goal,” commented InforcePRO's co-founder Karan Kanodia.

While Jacox, Kanodia and the rest of the InforcePRO team are pleased with the company's growth over the past year, they are already focusing on the future and expect 2016 to be even more successful. Key initiatives that will be rolled out in the coming weeks and months include a much-anticipated IUL and VUL product release that includes unique orphan monitoring capabilities. This enhancement will empower advisors and agents to proactively identify at-risk policies and conduct policy reviews. The company also plans on augmenting its substantial in-house analytics capabilities by leveraging additional external data sources.

InforcePRO is an innovative web-based policy-monitoring tool that delivers increased revenue and enhanced protection from liability on orphan, as well as active books of life insurance business for Carriers and Distributors – and all while dramatically improving policyholder service.

As the only post-issue life insurance platform, InforcePRO has raised both private equity and venture capital backing, and has grown to reach and monitor millions of policies for hundreds of distributors and banks and dozens of carriers. By bringing service back to policy service and putting policyholders first, InforcePRO is leading an industry by fostering more robust and profitable policyholder relationships, while driving game-changing, technology-led efficiencies.

End-to-End Email Security Solution That You Can Tr...

How Can Practice Analytics Leverage Genetics?

Use of simulations for clinical training during th...

Can Technology Help Tackle the Issue of Travel Ins...