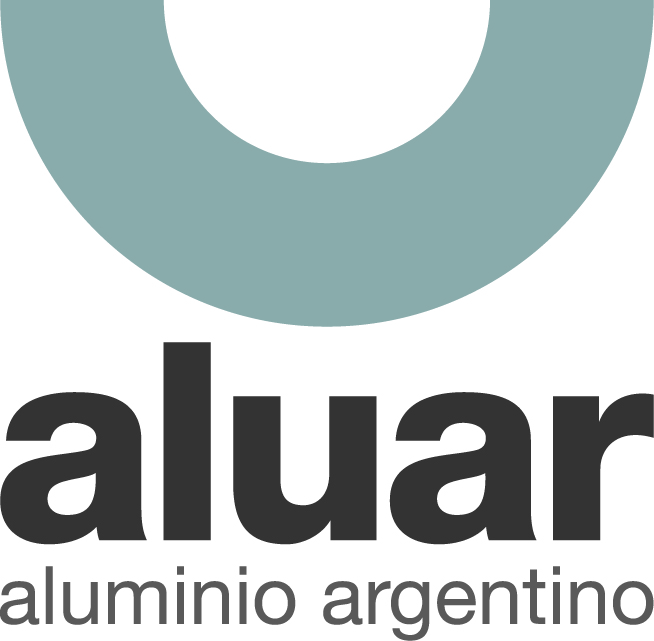 Seldom has AUVESY been involved in a project that has required such little effort when it comes to installing and integrating its software. Aluar, one of South America’s largest aluminium smelter, has all but autonomously installed and configured the versiondog software. The few questions that do come in are immediately responded to by the Support Hotline at AUVESY. The case at Aluar only goes to show how simple data management and version control can be.

Aluar is one of the largest aluminium producers worldwide and employs a workforce of 2,245 employees. In 2013, it generated a record revenue of 1.2 billion US dollars. The company is Argentina’s only producer of primary aluminium and has a production capacity which averages around 460,000 tons. More than two thirds of the primary aluminium that it produces is exported.

Aluar produces ingots, bars, wire and aluminium alloys, which it then supplies to such industries as construction and automotive, to name a few.

Since its inception, Aluar has maintained its commitment to delivering the highest quality in both its products and services. Aluar’s commitment to pursuing excellence in all processes is also accompanied by its commitment to continuous improvement and development. Naturally, this approach also applies to the automation department at Aluar. The dynamic and unconventional manner with which things tend to happen at Aluar was also seen when the company bought AUVESY’s complete software solution, versiondog.

As explained by Federico Ares, Automation Project Engineer at Aluar, acquiring versiondog was a natural choice for the company. Between 2005 and 2010, Aluar went through a substantial growth phase where most of the production facilities were upgraded. As a result of this expansion, the number of PLCs increased from 100 to 300. These controllers predominately consist of Siemens S7-300 and S7-400. When it came to managing the control program software, however, flaws and cracks began to show in the established workflow and version control procedures that had prior to the growth phase, been based on manual backups and documentation. A rapid growth in the number of automation and maintenance staff (>100 users) also coincided with increasing accounts of infrequent and incomplete documentation of software versions, which then required an increasing effort where bug tracing and detection were concerned. This increased the risk of incidents that could not only affect operation, but that could also result in stoppages at the mid-term. It also increased the risk of safety risks remaining undetected.

Ares recalls the long way in the search for a suitable version control system. Usual “standard” text-based source control solutions were just not appropriate for versioning binary/proprietary data, while most specific automation version control software had irregular support between different controller brands or failed to deliver a solid version control architecture. In addition Aluar was concerned in automating the audit tasks, in order to ensure the correct program is running in each controller.

The task seemed quite impossible, but they did not give up. The team doubled its efforts to find a suitable version control and data management solution, until at last they found versiondog on the Internet. Not long afterwards, they requested test version. “We immediately recognised all of the important features and possibilities that we had been missing up until then,” recalls Ares, who then goes on to explain how—after a few emails and a web meeting—the company decided to give versiondog a try without even the need for a sales visit from AUVESY. The 60 days trial license provided by Auvesy allowed Aluar to deploy and test the system completely before purchasing the product.

Thomas Hoerauf, who is in charge of international sales at AUVESY, pressed Aluar to find out who was responsible for carrying out the installation. According to Ares, “we found the software so straightforward and easy to use that we were able to install it ourselves. If you take a look at the installation process, there’s nothing really difficult.” He goes on to explain how all elements of versiondog are clearly presented and well structured, which means that you can rely on your intuition. Scripting solutions allow you to customise the program to suit your own needs without any difficulty.

versiondog is now installed at Aluar’s main facilities, where it is involved in the casting process, the electrolysis process, anode manufacturing  and peripheral equipment used for fume treatment and material flow. versiondog also gives support in other areas such as transport and infrastructure when it comes to climate control, gas and water supply.

Aside from its central role in version control, versiondog also has other benefits. All of these processes, tasks, and equipment that Aluar uses need to be audited for quality reasons. Backups of all controller units are made automatically on a weekly basis. If the last version that was backed up does not match the version that is running on the system (which could mean that processes and parameters are no longer running as specified), versiondog will detect it. This gives the maintenance staff the ability to react quickly and correct the problem before having to suffer greater consequences.

When asked about versiondog´s impact in process dependability and safety, Ares responds: “In my opinion, the greatest benefit that working with versiondog brings is that it gives us the chance to take our best practices to the next level, allowing us to keep our repository structure in order, review changes quickly and efficiently, lock components to avoid conflicting versions, all this while reducing considerably the management effort. Naturally, machine safety and dependability is greatly benefited as a result of this.”

Thanks to Active Directory integration, automation and maintenance staff feel a greater responsibility when it comes to version control.  “The user is logged in with their personal signature and therefore is personally responsible for the task.” Thanks to a detailed change history, staff at Aluar can always immediately see who changed what, where, when and why.

In Ares opinion, one essential benefit is the fact that maintenance work has considerably improved as a direct result of using versiondog. “Our staff now has a tool to communicate more effectively with each other,” Ares explains. Before, most staff members would just focus in their own job.  Now, however, they are able to see the bigger picture of who else is working on nearby controllers and can collaborate to avoid conflicting changes and minimizing rework. This has led to a reciprocal exchange of information and has also resulted in the development of a ‘version control culture’.

Another very popular versiondog feature at Aluar is the EasyClient, which contains all the basic functions necessary for managing data in an automated production environment and yet is exceptionally easy to use. For this reason, versiondog EasyClient is very much a firm favourite of maintenance staff members who do not have an in-depth knowledge of the versiondog software. The versiondog EasyClient list of functions includes Check-Out, editing, creating versions and Check-In of components. These functions allow users to make software changes and create documented versions and backups of software development stages in a quick and straightforward manner.

Thomas Hoerauf reveals another important feature of the application. In his words, “The versiondog EasyClient is configured so that the menu always only shows the user the next step.”

Ares also recognizes the advantage to work with versiondog in Spanish, which has certainly helped to increase the acceptance of the software in the maintenance department.

versiondog has also helped to simplify the coordination and management of external contractors. With versiondog, staff at Aluar can now easily see which changes to control programs were delivered by external programmers. It now only takes a few clicks to review and approve the programming changes and comments, then check them in straight away as a new version.

Due to the sheer size of Aluar’s production facilities, great importance is placed upon receiving reports about the current condition of plants and controllers. versiondog ReportClient is a highly valued and eagerly used tool to see, “which projects are currently under development and to be able to continually audit processes”.

Federico Ares is very happy with the support that is available from the AUVESY Support Hotline, especially as the distance between Argentina and Germany makes it difficult to conduct regular meetings in person. “Each time,” he says, “that we have a question about a specific function we always get a quick and solicitous answer.”

Ares says: “At no point has Aluar regretted its decision to introduce versiondog. On the contrary, the software and the benefits that it has brought are so great that nowadays none of us would want to even consider the idea of working without it.”

How Covid-19 is pushing the boundaries of Employee...