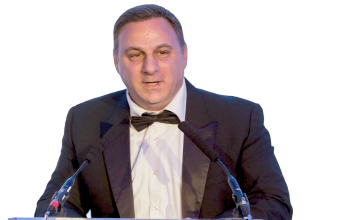 As the Internet of Things (IoT) becomes ubiquitous, there is seemingly nothing that cannot be connected to the internet. From coffee machines to parking meters, to washing machines, and even cattle, homes and vehicles - today everything can be connected.

Large organizations, governments, cities, and telecoms are deploying IoT-smart infrastructure and systems to manage, control, and gain better visibility into the smart technologies and data in order to enhance lives and reduce costs in the working and living environment.

However, the increased usage of IoT systems puts infrastructure at risk, as they lack built-in security measures and firewalls, and use insecure communication protocols that can be tapped into or the same tokens and keys that can be easily compromised.

With a growing amount of such infrastructure and resources, companies need a system to coordinate with numerous departments, manage a growing number of disparate technologies, and deal with various types of incidents on a daily basis.

Octopus Systems was established in 2013 by Tal Bar-Or and Baruch Tagori.

"We found that there was no holistic, cloud-enabled, converged physical security, and cyber event management platform in the market that gives organizations a single pane of glass to view all threats and incidents. There was no solution that provides all the necessary tools to automate and respond to events in one holistic system, in a simple and efficient way," said Tal.

Octopus developed an integrated security fusion platform, intended for large enterprises, government organizations, smart and safe cities, and critical infrastructure around the world, that is open architecture and vendor agnostic. The platform can integrate into any system and thousands of devices in large organizations.

"The platform is called Octopus because it has one brain which controls many arms. Octopus’ unique solution has received much international recognition, and has been gaining global momentum with a growing international customer base," said Baruch Tagori, Founding Partner and CTO, Octopus System.

How Octopus Safeguards Your Network

Octopus’ ‘fusion center’ is a SIEM-PSIM (Physical security information management)-SOAR platform and incorporates more than 35 modules. It allows organizations to manage all physical security and cybersecurity incidents and threats from one holistic system with a smart command and control engine, combined with a mobile application platform.

The Octopus SIEM system provides a Security Orchestration Automation and Response (SOAR) platform. This helps companies to mitigate any threatful situation by automating response procedures and guidelines, such as disconnecting an infected machine from the network, turning off a machine remotely, capturing the screens snapshots, opening a camera, etc.

Octopus System also incorporates a CyberAgent module to help recognize which end-points are riskier and which less and allows SOC operators to enforce organizational policies and compliance, to protect information from accidental or malicious misuse.

The Octopus System has a Business Intelligence (BI) module. All the data accumulated in the system from the integrated systems, tickets, and logs, can be analyzed in real-time, and the organization can set up KPIs and insights into the performance and SLAs. The Octopus BI system also presents trend analysis for decision making and allows users to drill in and view the underlying low-level data.

Octopus also has a mobile application, which connects the security operation system (SOC) with responders and security managers, technicians, etc. over a live video chat, VoIP or messaging chat. The system has mass notification capabilities too.

Octopus System can also integrate and monitor IoT networks in order to verify that they have enforced secure measures, such as authentication and the use of unique keys, and the use of encrypted protocols and secure handshakes. It can harden the IoT network by restricting access to these networks from unwanted sources.

Israel’s second-largest bank has 250 corporate offices and branches spread across Israel, USA, UK, China, and Romania, and employs 13,000 people. With the rise of digital cyber-crime, external and internal fraud, business disruptions, etc., the bank wanted to enhance its security management and response, resiliency, governance, and business continuity capabilities. The bank was also facing new national and international regulations, such as GDPR, FACTA, FinCEN, GLBA, etc, each of which requires regulatory compliance strategies and tools.

Octopus System helped the bank build a new SOC by consolidating all its security responses. The bank could integrate 30 systems into one and thus develop a unified system for response protocols, resiliency, and governance.

"We could reduce insider threat risk for security and fraud by 25%, improve response time by 30%, and also increase collaboration and threat sharing between physical security staff and cybersecurity staff by 50%. Octopus provided us better insight and analysis into security patterns, trends, and threats. Thanks to Octopus, we could render 10 security systems unnecessary, thus saving $200k per year,” said a senior manager at the Bank.

The bank also saved over $250k a year in operational personnel costs and expects a reduction in true incidents by 30% and incident-related costs by $500k annually.

“We are all set to capitalize on futuristic technologies including AI, machine learning, and predictive analytics in terms of implementing self-learning and detection of abnormalities and suspicious activities. Converged physical and cybersecurity, smart city, and IoT are the other areas Octopus is all set to strengthen its position on,” concludes Tal.

One Platform For All Your Application Security Woe...