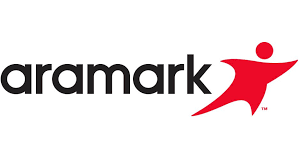 Aramark Corp. will sell its Healthcare Technologies business for $300 million to better focus on other sides of its portfolio, including food services.

The healthcare company — which Aramark acquired in 2001 — provides management programs for clinical equipment at over 500 hospital and healthcare facilities. It also maintains and refurbishes high-end imaging equipment.

Healthcare Technologies has operated for more than 45 years and has 1,400 employees, including technicians, engineers and program staff.

The transaction is expected to close in the fourth quarter and is subject to customary closing conditions and regulatory approvals.

“Today’s action is another demonstration of the clear and focused strategy we are following that has substantially elevated our operating performance and is driving Aramark’s success,” said Eric J. Foss, Aramark chairman, president and CEO.

“The divestiture of our Healthcare Technologies business will further focus our portfolio around our core food, facilities and uniforms businesses," Foss said.

Aramark in January this year closed its $1 billion purchase of uniform and linen company AmeriPride Services Inc., which officials said would make it more competitive in the United States and establish a strong position in Canada.

This transaction represents the latest step in our commitment to deliver sustainable shareholder value, while also increasing our financial flexibility,” Foss said.

Foss said Aramark will use a majority of the proceeds to reduce debt. The company will also repurchase $50 million of shares after the sale closes.

The Philadelphia company will relocate from 1100 Market St. to its new headquarters at 2400 Market St., where it has leased 300,000 square feet. The 9-story, 600,000-square-foot building will also house Entercom Communications Corp. and Fitler Club.

One Platform For All Your Application Security Woe...